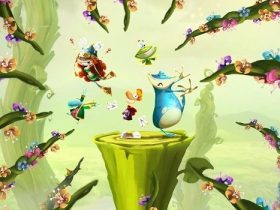 While Mario Kart 8 may be the only fixture on many a purchase radar this week, that doesn’t mean that this week’s Nintendo Download doesn’t present other treats for you to peruse.

It is the Wii U that sees the largest number of new arrivals with Klonoa: Empire of Dreams bounding onto Virtual Console, and Gravity Badgers, Ittle Dew, and Luv Me Buddies Wonderland rounding out your indie options. LEGO The Hobbit also receives a price snip, and Mega Man Xtreme 2 blasts to 3DS.

Nintendo eShop Sale
Get up to 33 percent off Pushmo and Crashmo between May 28th at 9am PT to June 13th at 8.59am PT.

Nintendo Promotion
Register Mario Kart 8 between May 30th at 12am ET and July 31st at 11.59pm PT to get a free download code for one of the following Wii U games: New Super Mario Bros. U, Pikmin 3, The Legend of Zelda: The Wind Waker HD and Wii Party U.

Virtual Console (Wii U)
* Klonoa: Empire of Dreams, Namco Bandai – $6.99
Emperor Jillius has banned dreaming, and finds Klonoa guilty of breaking the law. To win back his freedom, Klonoa and his friend, Huepow, must journey across the empire to defeat four nightmarish monsters. Platform your way through 40 stages filled with puzzles, useful items and bad guys in a fight to restore dreams.

Wii U Download Software
* Gravity Badgers, Wales Interactive – $4.99
Step into the space suit of valiant gravity badger Captain T Bayback as he ventures into the deadly depths of deep space to save his friends, family and the universe itself from the threat of the deadly Evil Honey Badgers, aka the Hellsett. For the first time ever a game unites the thrilling elements of Badgers and Gravity to create a stunningly presented physics-based puzzle game that will take you beyond the realms of possibility, imagination and logic to the star-dusted realm of the Gravity Badgers!

* Ittle Dew, Ludosity – $9.99
Adventuress Ittle Dew and her sidekick, Tippsie, crash onto a strange island filled with loot and mysterious inhabitants. It quickly dawns on the duo that this might become their biggest adventure yet. Experience devious puzzles, timeless game play and lots of exploration in this puzzling adventure game.

* Luv Me Buddies Wonderland, O2 Games – $19.90
Play and have fun with the fantastic Luv Me Buddies puppets and experience an exciting adventure along with your nice, new friends! In a colorful world, you will discover many mini-games designed for children, which will entertain, amuse and involve the whole family for beautiful moments of pure relaxation!

* Mario Kart 8, Nintendo – TBC
Feel the rush as your kart rockets across the ceiling. Race upside-down and along walls on anti-gravity tracks in the most action-fueled Mario Kart game yet. Take on racers across the globe and share videos of your greatest moments via Mario Kart TV (broadband Internet access required for online features).

Virtual Console (3DS)
* Mega Man Xtreme 2 Capcom – $4.99
The final Mega May release is Mega Man Xtreme 2, which originally launched on the Game Boy Color system in 2001. Join Mega Man X and Zero as they solve a mysterious case involving Reploids being turned into empty shells. As the investigation leads deeper into a research facility, the two partners will discover that all souls are up for grabs.