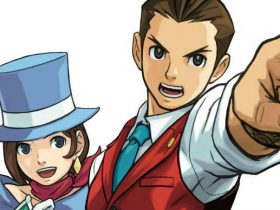 This week’s Nintendo Download list is another relatively quiet one for Europe, only energised by new Virtual Console arrivals and 3DS demos.

On the demo front, those intrigued by Tomodachi Life’s quirkiness will be able to see what all the commotion has been about, while Bit Boy!! ARCADE will let you have a taste of Kubi’s world. On Virtual Console, the Wii U adds Adventures of Lolo and Double Dragon II: The Revenge to its library, whereas the 3DS is treated to Mega Man 4.

Virtual Console (Wii U)
* Adventures of Lolo, Nintendo – £3.49 (€4.99)
When Princess Lala is kidnapped, Prince Lolo sets off to the rescue. Use your mind and wits to brave a trap-laden castle and rescue Lala! Adventures of Lolo features 50 cunningly designed puzzle rooms. Collect all the heart framers to open the treasure chest in each room. However, monsters are out to stop you, and obstacles block your progress. By collecting certain heart framers you can earn magic shots that turn enemies into eggs to use as rafts. But beware: enemies won’t stay in their shells for long! This is the US version of the game.

* Double Dragon II: The Revenge, Arc System Works – £3.49 (€4.99)
Billy and Jimmy Lee, the Double Dragons, are back to avenge the loss of Marian! In their quest to defeat the evil Shadow Warriors, the duo face nine missions up against deadly street gangs, ninjas, and huge mutant fighters! Traverse through construction sites, alleyways, and underwater hideouts filled with traps. Can Billy and Jimmy contend with the enemies placed before them and ultimately save the world?! Best of all, this conversion of the arcade smash features simultaneous two-player action! This is the US version of the game.

Virtual Console (3DS)
* Mega Man 4, Capcom – £3.59 (€3.99)
At a gathering of the World Robot Exposition, chaos suddenly ensues. Dr. Wily, with his mind-controlling device, sets all of the robots to attack! The only one not under his control is Mega Man, who sets off to stop Dr. Wily. Joining Mega Man are Rush and Beat, and together they battle fortresses of laser turrets, waves of armed androids and fiendish Robot Masters. Blast your way through while adding new weapons to your inventory and face-off with Dr. Wily once more!

3DS Download Demo
* Bit Boy!! ARCADE, Bplus – Free
KUBITASTIC!! Kubi is back, and this time he meets his creator: the Game Designer!! The fun story tells of Kubi, his friends, the evil black Shadow Plattchen, the mighty gearwheel ZeLeLi and something about game development too. Play as fast as you want by pressing the +Control Pad and the buttons together as fast as you can!

* Tomodachi Life, Nintendo – Free
In Tomodachi Life on Nintendo 3DS, players populate their very own island with the Mii characters of family, friends or anyone else they can think of! All kinds of quirky, unexpected things will happen on the island, so players will need to check back every day to see what life throws at their residents! Please note that the full version of Tomodachi Life comes with two Tomodachi Life: Welcome Version download codes for you to share a slice of island life with two lucky friends or family members on their Nintendo 3DS or
Nintendo 2DS systems.