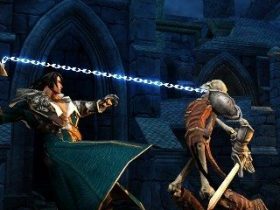 This week’s Nintendo Download list for Europe once again slams in, with The Year of Luigi discounts continuing.

Virtual Console (Wii U)
* Double Dragon, Arc System Works – £3.49 (€4.99)
* Double Dragon is one of the most famous arcade-action fighting games ever and formed the template for
many followers to come. Help Billy Lee in his quest to save his kidnapped girlfriend Marian from an evil gang. Use whatever weapons come to hand, or your good old fists and feet, to battle through the city. You can also level-up to unlock new moves. This is the US version of the game.

* Super Dodge Ball, Arc System Works – £3.49 (€4.99)
Sports don’t come much faster and more intense than dodge ball, and this classic NES™ simulation brings you all the fun without the bruises! In World Mode, take charge of Team USA and face off against rival teams around the world to become number one. But beware: certain teams’ courts have obstacles like slippery ice or swamps. Alternatively, compete against a friend in Versus Play, and hone your skills without rules in the free-for-all Bean Ball mode for one or two players. This is the US version of the game.

3DS Download Software
* Cube Tactics, Teyon – £4.49 (€4.99)
Fierce enemies roam the land of cubes, protecting their core and bringing their opponents to mercy. Begin your training with Sir Knight as you take to becoming a Cube Master to tackle these lethal enemies in this strategic and tactical war-game with cubes.

* Yoshi’s New Island, Nintendo – £34.99 (€39.99)
Yoshi’s New Island is the first instalment in this series since Yoshi’s Island DS was released in 2006. Yoshi’s good old Flutter Jump, Ground Pound and egg-throwing return, along with new abilities and challenges that take advantage of the features of the Nintendo 3DS. You can use massive eggs called Mega-Eggs to destroy blocks and pipes, revealing secrets such as coins and hidden keys. The more things you destroy, the higher the Mega-Egg gauge goes, netting you extra lives in the process!