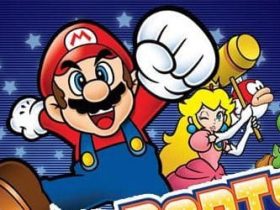 This week’s Nintendo Download for North America has landed, with Metroid Prime Trilogy suiting up on Wii U.

The Throwback Sale continues, whereas Curve Digital also discount their slew of quality Wii U titles. Natsume’s Shadow of the Ninja strikes Wii U and 3DS Virtual Console services, with Nintendo’s handheld seeing a busy week with Gunman Clive 2 and a Code Name: S.T.E.A.M. demo promising to keep you occupied.

Throwback Sale
It’s the final week of the Throwback Sale! Save up to 50 percent on select games of past and current Nintendo console generations! Hurry, the sale ends on 5th February 2015.

Special Offers (Wii U)
* Curve Digital: Stealth Inc. 2: A Game of Clones, Thomas Was Alone and more games from Curve Digital are on sale until 12th February 2015.

Virtual Console (Wii U)
* Shadow of the Ninja, Natsume – $4.99
In AD 2029, Emperor Garuda rules with a cruel iron fist. Two fearless ninjas head out into the night to put an end to his evil reign. In this NES classic, play solo or with a friend as you run, jump and slash through 16 stages of hostile enemy territory.

Wii U Download Software
* Frenchy Bird, Carbon Fire Studio – $1.99
Play as a Parisian pigeon and enjoy flying through Paris streets while avoiding lamp posts! Share your score on Miiverse and make your way through the top 100 worldwide ranking!

* Rock ’N Racing Off Road, EnjoyUp Games – $5.99
Rock’N Racing Off Road offers the most entertaining and exciting races, with loads of skids, crashes and amazing jumps. You will have several modes of play, such as Cup mode, time trial and multi-player with the option of up to 5 Players at a time.

Virtual Console (3DS)
* Shadow of the Ninja, Natsume – $4.99
In AD 2029, Emperor Garuda rules with a cruel iron fist. Two fearless ninjas head out into the night to put an end to his evil reign. In this NES classic, play solo or with a friend as you run, jump and slash through 16 stages of hostile enemy territory.

3DS Download Software
* Drop Zone: Under Fire, Selectsoft – $4.99
Dive into action with Drop Zone! Get the adrenaline flowing as you blast your way through free fall. Adjust your velocity while maneuvering around buildings and automated fire in a 360º immersive sky-dive simulation. Pick up weapons and bonuses, and feel the thrill of blasting robot ships as you rush towards your jump target!

* Gunman Clive 2, Hörberg Productions – $2.99
In this stylish sequel, travel around the world as Gunman Clive and fight samurai, dinosaurs and giant robots.

* Jewel Quest The Sapphire Dragon, Tulip Games – $5.99
After crash-landing on a frozen mountain Raj makes an incredible discovery in Jewel Quest 6: The Sapphire Dragon! Explore the Temple of Wishes, an ancient complex thought to be only a legend, and take on a gang of ruthless pirates. Solve action-packed Jewel Boards and challenge yourself with bonus levels as you explore the entire globe.