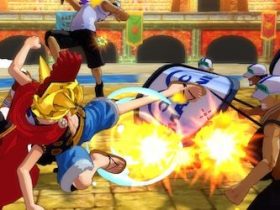 Super Mario 3D World certainly proved to be something special, although the lack of online multiplayer had been a disappointment for many.

Now Nintendo have offered their reasoning why they opted for four players to only be able to play locally, producer Yoshiaki Koizumi discussing that they wanted to replicate the experience that the NES delivered.

That’s not to say that they haven’t been making an effort to incorporate online compatibility, Koizumi revealing that they have been experimenting with its inclusion since Super Mario Galaxy.

“We’ve been testing online multiplayer since the days of Super Mario Galaxy, but with this title we really wanted to deliver an experience that you can share with family, friends, or your boyfriend or girlfriend in the same place like you did with the original NES,” Koizumi explained within Game Informer‘s latest issue. “We really want players to have fun in front of the TV, talking while they help each other out or get in each other’s way.”