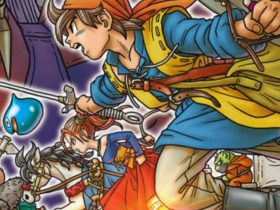 Dragon Quest VIII: Journey Of The Cursed King Adventures Forth On January 20th

We already knew that E3 2015’s Nintendo Digital Event would share news about “games and experiences” across Wii U and Nintendo 3DS.

But now Nintendo of America’s Bill Trinen has shed a little more light, in sharing that it will detail games “that will be launching in 2015 and early 2016.”

“This year at the show we’ll be focusing on going in to depth and detail on a variety of games for Wii U and Nintendo 3DS that will be launching in 2015 and early 2016,” Trinen teased in yesterday’s Nintendo Direct Micro.

That’s presumably why The Legend of Zelda Wii U won’t be shown, which we learned in March had been disappointingly pushed back into 2016.