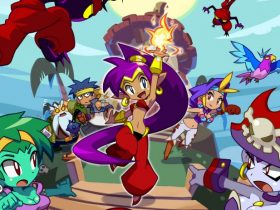 Nintendo once again came under fire when dialogue spotted in Paper Mario: Color Splash was interpreted as a reference to the harassment suffered by Depression Quest creator Zoë Quinn.

The screenshots, which were taken out of context, saw Paper Mario introduced to several Toads called “Five Fun Guys,” and “Shufflegate,” which promised to “ruin” someone’s career. This was soon attributed to topics related to the online hate campaign that was directed at Quinn, who, herself, was distressed to see the apparent references.

Nintendo has quickly moved to deny the claims, saying that one joke refers to the Watergate scandal while the other looks back to the Fungi Fun Guys in Mario Party 8. More so, the company “firmly rejects the harassment of individuals in any way” and were surprised that people were trying to link to it as “as a crude reference to an online hate campaign.”

“As many have observed, when viewed in its entirety the Nintendo Treehouse: Live segment for Paper Mario: Color Splash from E3 includes two jokes separated by commentary and gameplay that have no relation to each other,” a Nintendo spokesperson shared in a statement to Eurogamer. “One joke has to do with Watergate, while the other is a nod to the Fungi Fun Guys from Mario Party 8.

“It was brought to our attention today that these two jokes have been spliced together and misconstrued as a crude reference to an online hate campaign. While we typically do not speak on localisation matters, we feel the need to confirm that these jokes are not linked in the game and were never intended to be linked.

“Nintendo firmly rejects the harassment of individuals in any way and was surprised to learn that its gameplay was misinterpreted in this manner.”