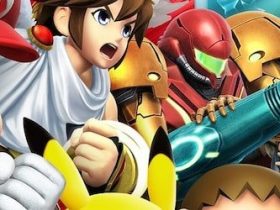 It has been revealed that Nintendo declined an opportunity to secure an exclusivity arrangement with Activision for Skylanders: Spyro’s Adventure.

The third-party publisher had been looking for a partnership, with developer Toys for Bob having pitched the game early in development to Nintendo of America.

“We had been directed towards thinking about something that would play well with Nintendo”, Toys for Bob co-founder Fred Ford explained to Polygon. “I think there was some co-marketing money and the Wii was doing well. They had some success with peripherals”.

“[Nintendo] spent a long time looking and looking. They were just like ‘We have never seen anything like this before.’ I’ve always wondered about the full meaning of that comment [laughs]”, fellow co-founder Paul Reiche continued.

However, for whatever reason, they eventually declined. “We have no idea why”, Reiche added. “Clearly they have got properties well suited to this world. Why it is that they didn’t rush in here will probably haunt them for the rest of their days”.

That the Wii U GamePad has a built-in NFC chip, the technology behind Skylanders and Disney Infinity, can be seen as no accident. Shigeru Miyamoto commenting that they were prioritising projects surrounding it with Satoru Iwata later confirming that they would outline their plans at E3 2014.