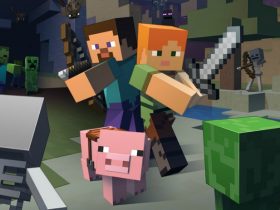 Nintendo have confirmed the range of software titles that are set to be playable at Eurogamer Expo 2011.

There’s a concentrated Nintendo 3DS push, with The Legend of Zelda: Skyward Sword being the only forthcoming Wii release to be apparently on the show floor.

The Eurogamer Expo 2011 is due to be held between September 22nd-25th in London at Earl’s Court One.