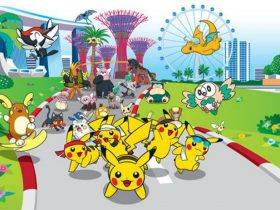 Nintendo will have been pleased to have been able to report a return to profit this quarter, but the occasion also marked company CEO Satoru Iwata’s first appearance since he underwent surgery in June.

He shared that he had recovered well enough from surgery to return to his regular work duties, and, while Iwata noted that he had lost weight, he apparently feels much healthier.

He was said to be “recovering steadily” from the operation to remove a bile duct tumour in June. That meant that he was unable to attend E3 2014 and the Annual General Meeting of Shareholders, although he was successfully re-elected to Nintendo’s Board of Directors.