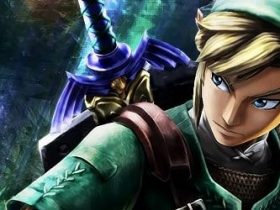 It began with denying that it ever existed as part of the game in the first place, but Nintendo have offered a renewed apology for the lack of same-sex relationships in Tomodachi Life.

As fans worldwide backed a #Miiquality campaign on social media toward their inclusion, a poorly considered response from Nintendo of America had only deepened controversy.

The company has now looked to rectify the situation, apologising for “disappointing many people,” that it is too late to patch the game, and promising that if a sequel was made they would ensure that it was “more inclusive.”

“We apologise for disappointing many people by failing to include same-sex relationships in Tomodachi Life. Unfortunately, it is not possible for us to change this game’s design, and such a significant development change can’t be accomplished with a post-ship patch,” Nintendo clarified in their statement.

“At Nintendo, dedication has always meant going beyond the games to promote a sense of community, and to share a spirit of fun and joy. We are committed to advancing our longtime company values of fun and entertainment for everyone. We pledge that if we create a next installment in the Tomodachi series, we will strive to design a game-play experience from the ground up that is more inclusive, and better represents all players.”