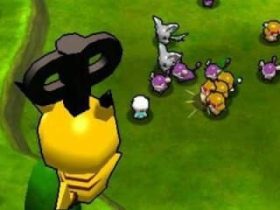 Those that perform the latest Nintendo 3DS system update will soon discover that Nintendo have introduced a new ‘Accomplishments’, essentially an achievement system for StreetPass Mii Plaza.

The feature which wasn’t previously announced by Nintendo prior to the update sees you find yourself tasked with achieving a list of tasks, ranging from ‘100 Mii encounters in a single day’ to ‘Met a Mii on its birthday!’ as well as incorporating additional challenges for Puzzle Swap and StreetPass Quest activities that include ‘Completed your first Puzzle Swap pannel’ and ‘Missed with a sword attack three times in a row in StreetPass Quest’.

It is Nintendo’s first step towards an unlockable achievement system, although there is no clarification as to whether the company would ever spread it across the entire platform.