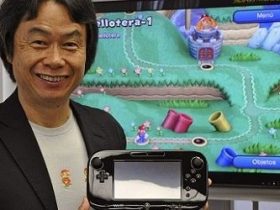 Miyamoto: Nintendo’s Wii U software delay due to HD leap

Nintendo has responded to the rumours that it is currently developing a redesign of its recently launched Nintendo 3DS as “rumour and speculation.”

The rumours, which surfaced from French website 01Net, claimed that a new model would be introduced that would “radically tone down” the 3D effect and would feature twin analogue Circle Pads.