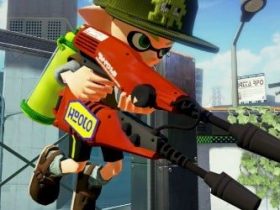 Nintendo UK have announced today that the Nintendo 3DS has broken the company’s record for UK Hardware pre-orders, more than doubling figures achieved by the Wii in 2006.

Such news follows last week’s announcement by Amazon.co.uk that the handheld system had smashed its pre-order record for a games console in the UK.


When Nintendo 3DS launched in Japan on 26 February, 400,000 consoles sold in the first two days, and across the UK over 1,200 retail stores across the UK are poised to open their doors at midnight on Thursday to satisfy the demand from eager fans.


It will be HMV’s London flagship store at 150 Oxford Street that will play host to the official UK retail launch event, where the first official customer purchase will happen, with a performance by BRIT Award winner Plan B.

He continues, “Until now 3D has been too expensive, too clumsy and too restricted,” said David Yarnton. “With Nintendo 3DS it’s mobile. It’s affordable. It’s glasses-free. And it’s here, now.”