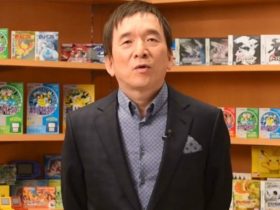 If you were trying to play the Ninjala Open Beta this week, there’s a big chance that this was exactly the sort of experience you had, and the same is mostly true for myself.

Over the three matches I played, Ninjala had enough going for it that I actually wanted to keep on persevering through the countless error messages I received.

Let’s just get this out of the way. Yes, Ninjala is cut from the same cloth as Splatoon. In fact, they’re probably cut from the same brand of cloth too. Both have very fast-paced, neon, kiddy, in-your-face styles that definitely work to their favour. Both have a unique weapon system, be it gum or ink. Both have a big multiplayer focus. We could go on.

If being a Splatoon “rip-off” is putting you off trying Ninjala then worry no more. Besides these similarities, the way they play is completely different, and they both have their own merit.

Ninjala has you playing as ninjas who have developed a type of gum that can be used for various different purposes. That’s all we’re really given to go off of, but it’s also all we really need, and it remains to be seen whether the game will try and develop its world as much as Splatoon does.

You’ll start off by selecting from a bunch of varied ninja characters, before being able to customise their colours and outfits. It’s actually a pretty cool selection, and I found myself really vibing with the literal bubblegum style of the players.

Movement surprisingly reminded me of Naruto to Boruto Shinobi Striker due to the ability to walk up walls seamlessly and the general loose feeling to the controls. You then get different gum abilities depending on which weapon you choose, as well as being able to use it to morph into objects or use the gum for a quick dash. It’s sort of a lot to take in all at once, but it translates surprisingly well when actually playing.

The one feature that I found particularly cool was the rock-paper-scissors system you use as a blocking mechanism. If you block an enemy’s attack, you both clash and then have to push the stick in whatever direction in order to gain the upper hand. Having your blocking system be based on luck is a risky move, but I don’t think Ninjala is the sort of game to take super seriously at the moment. Of course, correct me on that if this becomes the next big thing and people start figuring out all sorts of crazy moves.

The three matches I played didn’t give me enough experience to know exactly how I feel about the combat intricacies yet, but I can definitely say that I had a lot of fun with what I played. It’s sort of difficult to gage too much from an open beta like this, as it feels like everyone is just hitting buttons to see what happens, but by the end of the matches I did feel ready to take it a bit more seriously.

Ninjala has intrigued me enough that I know I’ll want to try out the other beta slots, and I know that I’ll be interested in trying out the full game when it eventually launches, so I would say it was a very successful beta, if you actually managed to get past the error screen long enough to play.

Just as a general note to developers wanting to do this sort of thing again. Please don’t make me wake up at 4am to play an hour of a beta that I’m not likely to get into. Sincerely, the British.

Ninjala will release on the Nintendo eShop for Nintendo Switch worldwide on 28th May 2020.