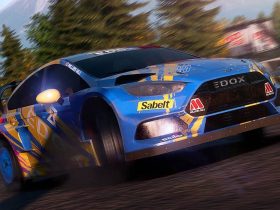 Despite the partly ambiguous name, this becomes the first controller for the portable home console that has integrated in-game chat and game audio. That’s thanks in part to Vivox, who recently released development tools to help developers add text and voice chat to Nintendo Switch games – and something that Epic Games has used with Fortnite, for example.

The controller has support for Vivox’s integrated in-game chat and game audio through a 3.5mm audio jack, with patented onboard audio controls letting you freely adjust the audio right from your controller. It has two additional programmable buttons and an interchangeable faceplate.

“PDP is a leader in gaming innovation and their new Faceoff Deluxe+ Audio controller is the standard for which all future voice-enabled Switch controllers will be measured,” explains Eduardo Garcia from Vivox. “We look forward to their support as more games utilize our voice technology on Nintendo Switch.”

PDP senior vice president of marketing John Moore adds: “When we set out to make the new Faceoff Deluxe+ Audio into the ultimate third-party controller for Nintendo Switch we focused on elite performance and customization, and enabling more opportunities for in-game chat. We worked with the industry leaders at Vivox to offer the best chat experience possible and now we’re helping them get the word out to developers.”

The Faceoff Deluxe+ Audio Wired Controller for Nintendo Switch will release worldwide in Summer 2019, becoming available to pre-order in May.