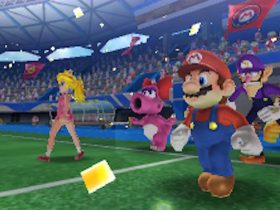 Those hoping for cross-platform play between the separate Wii U and Nintendo 3DS versions of the new Super Smash Bros. have had their hopes dashed.

In an interview with Joystiq series creator Masahiro Sakurai explained that such feature couldn’t work, due to the fact that each game will have completely different stages to one another.

Whilst interactivity between the two had previously been announced, Sakurai revealed that this meant that customised character could be transferred to Wii U, although wouldn’t elaborate any further. They aren’t costumes, however, but won’t require players to spend hours unlocking a multitude of accessories.

Super Smash Bros. will release for Wii U and Nintendo 3DS in 2014.