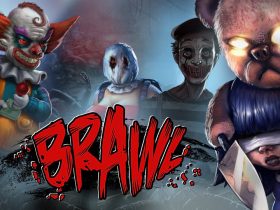 Marvelous and Grasshopper Manufacture have released a new No More Heroes 3 trailer, which was first shown at The Game Awards 2019.

This has revealed that Travis Touchdown must face off against intergalactic superheroes that have broken out of Black Hole Prison.

After returning to Santa Destroy after a ten-year absence, he discovers a huge artificial island metropolis floating in the sea as well as a mysterious object hovering high above it.

Robin Atkin Downes and Paula Tiso will reprise their roles as the otaku assassin and Sylvia Christel, No More Heroes 3 will have an all-new original score composed by musician, actor and RIZE band member Nobuaki Kaneko.

“With so many fans and gamers watching, The Game Awards is the perfect place to celebrate the best of the video game industry in 2019 and provide a peek at some upcoming experiences for 2020,” explains Nintendo of America’s senior vice president of sales and marketing, Nick Chavez.

“As we close out an outstanding year for Nintendo, we hope gamers are looking forward to the new year after getting just a taste of the exciting things coming to Nintendo Switch.”

No More Heroes 3 will release for Nintendo Switch worldwide in 2020.