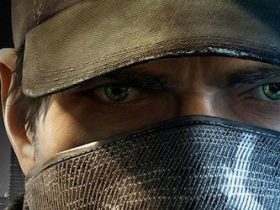 Watch Dogs delayed on Wii U to “explore the GamePad”

Today’s Nintendo Direct has confirmed launch plans for the New Nintendo 3DS and New Nintendo 3DS XL. For Europe and North America, that release date has been set for Friday 13th February 2015 with its arrival joined by The Legend of Zelda: Majora’s Mask 3D and Monster Hunter 4 Ultimate.

The revised hardware introduces a C Stick and ZL/ZR buttons to integrate the Circle Pad Pro attachment, super-stable 3D made possible through face-tracking technology and built-in NFC functionality that will allow you to use amiibo without the need for an accessory. Those that opt for the New 3DS will also be able to customise their system with cover plates, with 12 sets to be available at launch.

Meanwhile, Nintendo have confirmed that they will release New 3DS XL Special Edition bundles on both sides of the pond with uniquely designed systems for Majora’s Mask 3D and Monster Hunter 4 Ultimate – each game also coming pre-installed on each system.