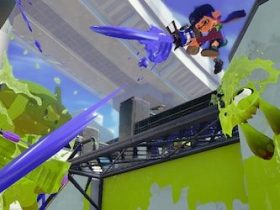 How to join Splatoon’s first Splatfest this weekend

That sees users able to select a ‘Favourite Post’ to list, whereas a ‘Devices Owned’ section clearly presents whether a Miiverse user owns a Wii U and/or Nintendo 3DS. You can also now ‘Yeah!’ comments, if you like.

“We have replaced the User Menu in the menu bar with an option called ‘User Page,’ which leads to a new and refurbished profile,” Nintendo spokesperson Marty wrote on Miiverse. “For example, you can now display a favourite handwritten post in your profile. Just select any one of your old handwritten posts, touch the spanner icon, then select ‘Set as Favourite Post’ and it will appear in your profile! If you later want to remove it, you can do so from the Profile Settings in the User Page. By the way, the User Menu is now accessible from within the User Page.”

He continued with the second change, “It’s now possible to give a Yeah to comments, as well as to posts. You can also touch or click on a comment to see some of the people who gave it a Yeah.”