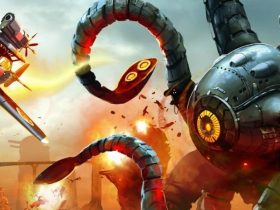 Aksys Games and Lentera have released a new trailer for Ghost Parade on Nintendo Switch.

Deciding to take a shortcut through the dark and frightening svaka forest, she soon befriends mythical ghosts that will help her safely reach her home. But, in return, they ask for help to defend the forest from the humans that are destroying it.

Ghost Parade will release at retail and on the Nintendo eShop for Nintendo Switch worldwide on October 31st priced at $39.99.