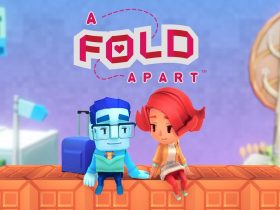 Awesome Games Studio has released a new trailer for Fury Unleashed, their action-platformer in which you will blast your way through the pages of an ever-changing comic book.

With Metal Slug-inspired visuals, you play as a once-great hero who has lost their powers. Your guns are your best friends and ink is used to upgrade your hero as you set out to discover why your creator doubted in you and prove him wrong.

Ink can be collected from defeated enemies and used to permanently upgrade your hero, but, whenever you die, you will lose all of the equipment that you found along the way.

With 360-degree shooting, there are three unique comic book stories that you can play through, as well as a sketchbook-themed epilogue:

Fury Unleashed will release on the Nintendo eShop for Nintendo Switch worldwide in early 2020.