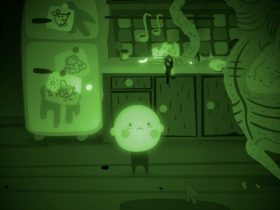 This will become part of the National Student Esports’ winter season and will allow competitors to earn points for their university towards the British University Esports Championship.

You will be able to sign up for the on the National Student Esports Championship portal later this week, which is open to university students in the UK.

The first tournament will take place on Thursday 10th October, which will continue weekly until the finals – which take place at the British University Esports Championship live winter finals in December.

Those that attend the event will be able to play other Nintendo games, with the chance to participate in a last chance qualifier.

“Since launch, there have been many requests from students for Super Smash Bros Ultimate., so we are delighted to be able to add such a prestigious, sought-after title to the roster,” explains National Student Esports executive director Jonathan Tilbury.

“We will be working closely with Nintendo UK to ensure that the Super Smash Bros. Ultimate University Championship exceeds all expectations, especially for players who are extremely passionate about the community.”

National Student Esports will also hold up to five Super Smash Bros. Ultimate regional university tournaments to be revealed soon and will distribute Nintendo swag to participating university societies – encouraging them to run Nintendo events as part of their planned society activity.