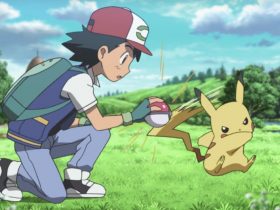 Grab An Ash Hat Pikachu QR Code And Pokémon TCG Card When You See Pokémon The Movie: I Choose You!

Whereas n-Space looked to become a leading handheld developer last generation, the company have now indicated that there is “low demand” from publishers for either Wii U or Nintendo 3DS.

While they achieved renown through delivering the likes of Call of Duty 4: Modern Warfare, Star Wars Battlefront: Elite Squadron, and Skylanders: Giants, for the first time “in probably ten years” they’re no longer working on any projects for Nintendo’s platforms.

“The handheld market, in terms of the media and press you read, is definitely the red-headed stepchild,” n-Space CEO Dan O’Leary explained to GamesIndustry International. “It’s not as sexy in today’s market, or as social in the market of six months ago. But it’s a strong market in its own way… there are certainly challenges in that market. But I don’t think everybody is making a boatload of money off mobile games, either. There are a lot of mobile games being downloaded and played, but it’s a very, very challenging market as well.”

That they are adjusting away their focus away from Nintendo is something that has proved a disappointment to the studio, with O’Leary sharing positive praise for the Kyoto-based outfit.

He continued, “It’s kind of a sad thing to say, because for a long time n-Space has been known as a Nintendo-friendly developer. We certainly have loved all our time working with them. We think their hardware’s great. We think more often than not they have the right mindset in the difficult game world we live in… there’s just very low demand right now for their work through the publisher side.

“Which is ironic, I think that’ll probably swing back. The news was just talking about how Nintendo was beating everybody with hardware sales. The DS and 3DS sales curves have been slower than publishers would have liked. That may change, but I can tell you right now we’re not working on anything.”

Their last project for a Nintendo platform will be Skylanders: SWAP Force, though they haven’t counted out a return in future.