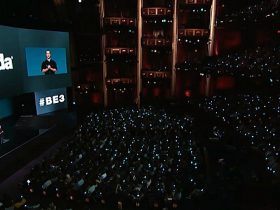 The Project Driller-developed action-puzzle game was released for GameCube in Japan back in 2002, and now makes its western debut on the portable home console with updated graphics and HD cutscenes.

You are invited to DrillLand, a secret amusement park that’s located 500 meters underground.

There are five attractions to explore that each has its own rules and unique characteristics, requiring that you combining and exploding colourful blocks on your descent.

There are competitive multiplayer modes for up to four players on one console, and an all-new Casual Mode for those that want to dig through DrillLand at a more leisurely pace.