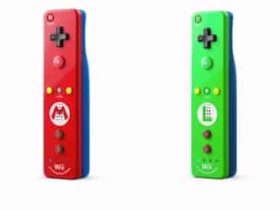 Mario and Luigi-themed Wii Remote Plus controllers arriving in November

While discussing Nintendo’s decision to create the Pikmin Short Movies, Shigeru Miyamoto has shared that he has “a lot of ideas” for what he’d like to do with the minuscule creatures in future.

His comments came after an appearance on Smosh Games where he was joined by Nintendo of America’s Bill Trinen, answering questions after he competed in two Mario Kart 8 races.

“Well, I wanted to particularly take Pikmin and bring them into sort of that short movie format,” Miyamoto explained. “Just because, within the game we weren’t able to really depict the Pikmin individually in the ways that we wanted to.”

He continued, “I still have a lot of ideas about what I want to do with Pikmin but nothing’s decided yet in terms of anything else. But, of course, we will continue to make Pikmin games.”