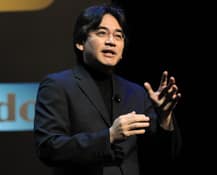 Legendary game creator Shigeru Miyamoto has revealed the origins of how Link’s adventures came to be known as The Legend of Zelda, within his foreward to Hyrule Historia.

“I knew I wanted it to be The Legend of something, but I had a hard time figuring out what that ‘something’ was going to be,” Miyamoto explained. “That’s when the PR planner said, ‘Why don’t you make a storybook for this game?’

“He suggested an illustrated story where Link rescues a princess who is a timeless beauty with classic appeal, and mentioned ‘There’s a famous American author whose wife’s name is Zelda. Hoe about giving that name to the eternal beauty?’

“I couldn’t really get behind the book idea, but I really liked the name Zelda. I asked him if I could use it, and he said that would be fine. And that’s where the title The Legend of Zelda was born.”

“We named the protagonist Link because he connects people together. He was supposed to spread the scattered energy of the world through the ages. The old female storyteller who feeds information to Zelda is named Impa; her name comes from the word impart.