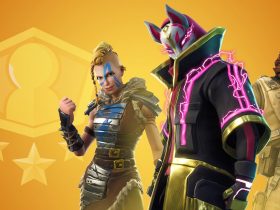 It has been announced that Minecraft: Story Mode – A Telltale Games Series will see release on Wii U this week. That will see The Order of the Stone, the first episode in their perilous adventure, become available on Thursday 21st January.

Those in Europe and North America can discover the game on the Nintendo eShop, with the first episode priced at $4.99 and a Season Pass ($19.99) providing access to episodes 2 – 5 as they become available over the coming weeks.

Telltale Games clarify that they have implemented Off-TV Play on the Wii U GamePad, as well as touch-control options that allow players to tap and guide the story directly on the screen if they wish to do so.

“Working with Nintendo, we’re tremendously excited to be bringing our unique style of storytelling to Wii U for the first time, and we couldn’t be happier to be kicking things off with a series like Minecraft: Story Mode that allows players of all ages to craft their own adventure across the Minecraft universe,” comments Telltale Games CEO and co-founder Kevin Bruner.

It arrives after Minecraft Wii U Edition became an early Christmas present last year, although a port that has since been criticised for not putting the Wii U GamePad to imaginative use.