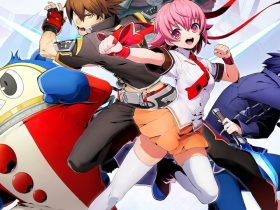 Mojang has revealed that the Mass Effect Mash-Up Pack is now available to download on the Minecraft Marketplace.

Priced at 990 Minecoins, the pack is based on BioWare series and comes with 36 Mass Effect character skins, new Mass Effect-inspired textures, Mass Effect themed menus, a world featuring the Mars Base Camp and a Mass Effect 3 soundtrack compilation.

“Calibrate your engines, Minecraft players, and get ready to shape the fate of your entire Realm galaxy as a true classic make its way to the Minecraft Marketplace,” Mojang creative writer Per Landin writes on the official Minecraft website.

“This star-spanning adventure takes you to nostalgic Mass Effect locations such as the Mars Base Camp, and lets you assume direct control of 36 unique skins – including Commander Shephard, Liara, Illusive Man, Garrus, and all the other characters from the trilogy you know and love. Did I mention there are krogans? There are totally krogans!

“If you never had the pleasure of fighting evil aliens or thwarting the plans of indoctrinated Cerberus lackeys – now’s the perfect time to try! The Mass Effect Mash-up pack also comes with custom-made game textures, Mass Effect-themed menus, and a Mass Effect 3 soundtrack compilation that gets you just in the perfect mood for saving the Milky Way.”