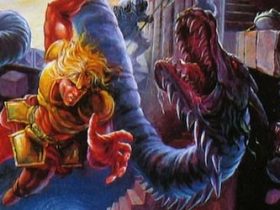 It had seemed a generous move to have made the game free to those that purchase Azure Striker Gunvolt for three whole months following launch, but when the credits start rolling after only an hour’s playtime it’s soon apparent why.

Positioned as a “retro mini-adventure,” Inti Creates rely on luring nostalgia-fuelled players that can still recall the NES heyday rather than providing any substantial, or even memorable, experience. 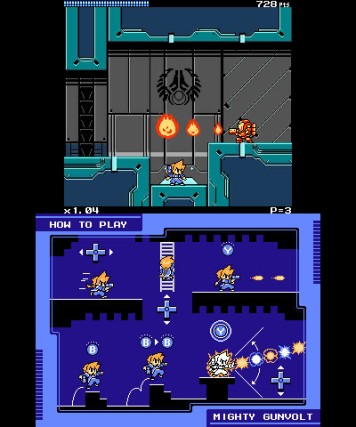 Which is a shame, considering the game presents you with a welcome chance to play as one of three characters. Azure Striker Gunvolt’s Gunvolt is an expected selection, but you can also choose between Ekoro, an angel from Japan’s Gal*Gun series, and Mighty No. 9’s hero Beck.

Each is differentiated apart from one another, with Gunvolt able to unleash a Charge Shot and Double Jump, partly matched by Beck who has a Charge Shot and Slide ability, while Ekoro can Hover and Lock-On to baddies patrolling nearby.

The characters are certainly fun to play as, so it comes as an immense disappointment that your pixelated adventure with them only lasts a meagre five stages. Each draw on the locations that you trawl through in Azure Striker Gunvolt but in less remarkable ways, and amounting to a largely forgettable experience. A boss awaits you at the end of each, but these are dumbed down versions of those seen in the game’s more impressive counterpart and can be more simply referred to as unenjoyable bullet-sponges. 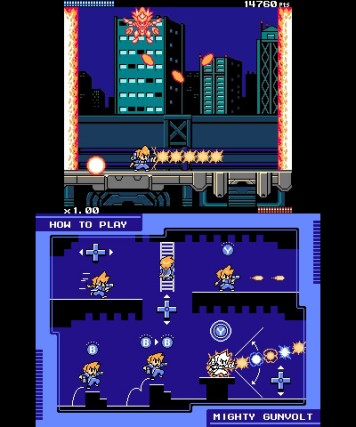 The longevity to Mighty Gunvolt could perhaps be partly forgiven as a freebie, but beyond the promotion Inti Creates will be pricing your hour of play at £3.19. Games certainly shouldn’t remain to be free, but it particularly stings more when you see that the developer has locked another four stages away as downloadable content for an extra £2.29.

Nostalgic pangs will draw you toward the pixelated allure in Mighty Gunvolt, but the harsh reality is that your time is better spent elsewhere. More of an apéritif, this won’t be seen as Inti Creates’ finest hour.