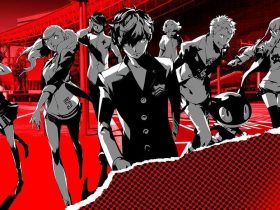 There is a good reason for this, of course. Gaming systems evolve as does the technology contained within them. In this case, the latter half of the series is spread across three different generations of consoles, each with their own artistic kink. Take Mega Man 8 for example, with its big, bright and bold sprite work that screams to you what the 16-bit generation was all about. Or Mega Man 7 with its high frames of animation and badly dubbed anime cutscenes to remind you that your now in the CD world of the 32-bit era. As for the last two entries, Mega Man 9 and Mega Man 10? Well, the technology was far more proficient by this point, yet the sudden trend of retrospective nostalgia saw the series resort back to its 8-bit roots. Surely you didn’t think Sonic Mania was the first big franchise to turn back the clocks now, did you?

Just like in Mega Man Legacy Collection, you have access to flexible save states, filter options and borders to decorate the perimeter of your screen with. You can’t rewind time mid-game like in the first collection on Nintendo Switch, but at least you have a choice of four art-filled borders to ride around the traditional 4:3 screen layout. The concept artwork for the last four titles are still featured in a museum to browse through, but unfortunately, it doesn’t contain any box art like the gallery did in the original Mega Man Legacy Collection. The presentation of it all is simple, clean and very snappy. Making it a cinch to zip in and out of the various options and titles in an instant. 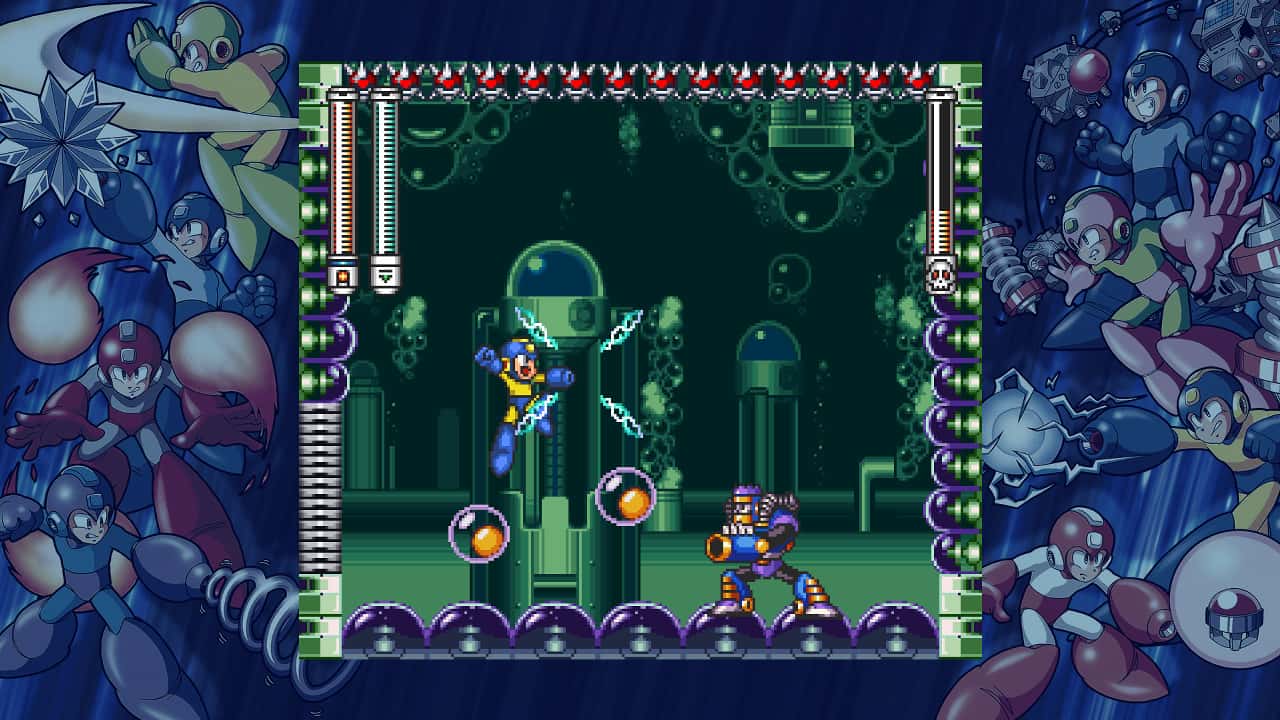 What is cool about Mega Man Legacy Collection 2 is how different Mega Man 7 and Mega Man 8 are to the rest of the series. It makes the second half of the collection feel less of the same while ticking the boxes that shape the traditional cannon-blasting formula. In Mega Man 7, the Blue Bomber looks huge on the screen which does tend to throw you off a bit when you are so used to his usual dumpy size. This iteration of the series actually came out about a year after the release of Mega Man X, except it decided to go with a more chibi look to it as opposed to the more cyberpunk anime style that the X series is known for. Capcom begins to push the limits here too by allowing you to now merge with Rush, your cybernetic K9 companion, like a Gundam suit, so you can double jump across platforms more freely. It is an advantage that you do have to work for, but it’s good to see how the team tried new things rather than just simply tarting up the graphics on a newer console.

Mega Man 8 had more of a Metroid-style upgrade system that would improve Mega Man’s armour to make him a more proficient maverick hunter. Upgrading Rush would now be a mini-boss perk that will temporarily assist Mega Man on his journey. This includes turning into a superbike to ram into foes with, or even pop out a helpful item to aid Mega Man like a penny-turning capsule machine. One of the more ambitious main features was the ability to spawn a soccer ball to leather into your enemies. This perk was put in place to reference the Mega Man soccer game that came out on the SNES two years prior. It’s the most visually detailed out of the bunch with buttery smooth animations and a lot of neat tricks to show off the technology of the time. It was the first Mega Man game to have voice acting which is quite frankly, God damn awful. It does have a stage that turns into an awesome little side-scrolling shooter though, along with some rather imaginative assist weaponry to destroy strings of enemies with.

The final two games in the series blasted their way into HD across the previous console generation, making it a good 8 years since we last saw a new Mega Man game. Not only do these games fall back in line with the first six adventures of the series, the charge shot and ground slide that became a common feature was removed to mould back into that classic feel. In Mega Man 10 on the other hand, the now playable Proto Man, who had made his debut in Mega Man 3, does contain both the slide and the charge shot with sacrifices to health and knockback. Not only that, there’s an added easy mode to help tone down the difficulty a bit for the less experienced player. One great little feature is the added downloadable content from both titles. They can be either accessed by beating the games or unlocked with an old school cheat input at the title screen. Don’t let the old style fool you though, both games control exceptionally well with stages that certainly give the best in the series a run for its money. 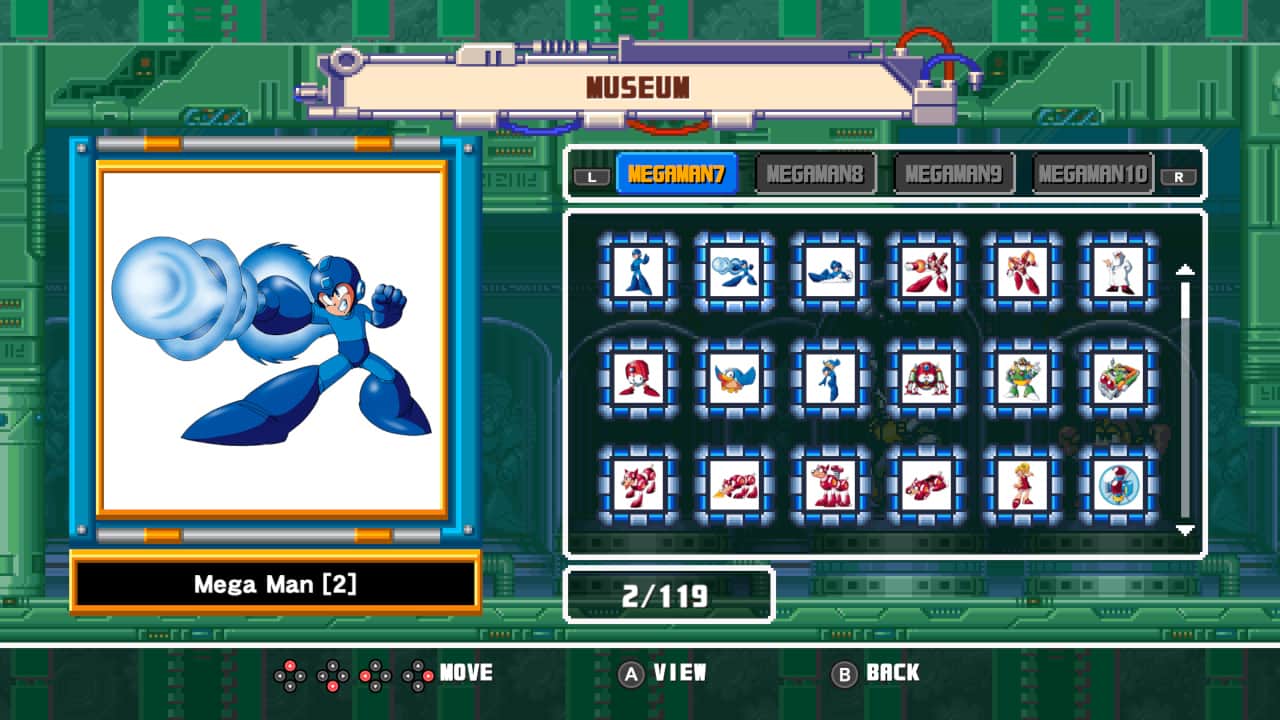 Among the four titles that you get with the package, there are the addictive challenge modes to speed run your way through. This includes the online leaderboards to show of your bragging rights. It fleshes out to what is a solid collection of titles, despite not featuring the more famous outings as its predecessor. The sound is again, top notch, and, just like the Mega Man Legacy Collection, you can listen to your favourite tracks in a dedicated options menu. It comes in at the same price as the first collection in Europe, but despite being the smaller package it’s still exceptional value for money.

It may come as no surprise, then, that Mega Man Legacy Collection 2 is a great companion package to complete the original canon saga. It wouldn’t surprise me if the newer generation of gamers would actually favour this over the first, due to the technically more advanced graphics and more ambitious ways that Capcom had stirred up the formula. I still personally favour the original collection if I didn’t have the choice of having both, but I am in my mid-30s and loved them as a kid so that is a given. Regardless, for less than £25 you can buy all 10 of Capcom’s finest, or even fork out a little bit more for a physical copy. Just bear in mind that with that, Mega Man Legacy Collection 2 is only a download code. And yes, you can use your amassed amiibo collection in both.