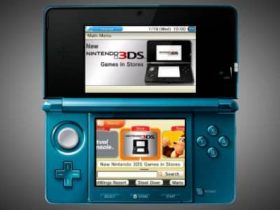 Opinion: Nintendo 3DS’ Virtual Console is off to an interesting start

With Code Name: S.T.E.A.M. just over a week from launch in North America, Nintendo have confirmed that they will replenish Marth amiibo stock across the country in late April.

“Planning to pick up Code Name: S.T.E.A.M. and don’t have a Marth amiibo? More are headed to stores in late April!” Nintendo of America shared in a brief message through Twitter.

Fire Emblem series creator Intelligent Systems are the developer behind the upcoming Nintendo 3DS exclusive, which will support Marth, Ike, Robin and Lucina amiibo. Once scanned, they will be unlocked as playable characters and, using their signature weaponry, can unleash colossal attacks upon the invading alien forces.

Code Name: S.T.E.A.M. will release exclusively for Nintendo 3DS in North America on March 13th, in Japan on May 14th and Europe on May 15th.