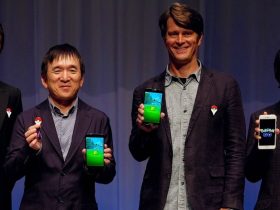 Nintendo has confirmed the release date for Mario Kart Tour, their next free-to-start mobile game for iOS and Android devices.

It marks the sixth mobile game that the company has released so far, after Super Mario Run, Fire Emblem Heroes, Animal Crossing: Pocket Camp, Dragalia Lost, and the now-shelved Miitomo.

You will drift and steer your way to victory, unlocking drivers like Mario as well as karts and gliders. You can then choose which drivers, karts, and gliders to use in races across different courses – which include new courses, new takes on classic courses, and special city courses.

Those special city courses are in-game events that will be available during specific time periods at launch and beyond.

Mario Kart Tour is free-to-start and will be available to download for iOS and Android devices on September 25th, with pre-registration now available on the App Store and Google Play Store.