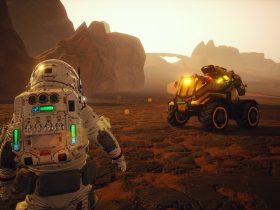 Fight For Survival In JCB Pioneer: Mars Out Now On Nintendo Switch

Hasbro, Lionsgate, and nWay have revealed that Lord Zedd will be the next character that will be added to Power Rangers: Battle for the Grid.

The self-proclaimed “Emperor of Evil” will be made available to those that own the Season One Pass (£12.99), or, as with Trey of Triforia and Jen Scotts, can be bought separately (£5.39).

In the fighting game, classic Rangers and villains take each other on in team battles. With a streamlined combat system, it promises to be welcoming for newcomers to the genre while having the depth to appeal to more experienced competitors – with new content and game modes releasing throughout the year.

Those on the portable home console have the chance to play against other players on Xbox One and PC, with cross-progression also available.

Even when players change their platform, their mission progress they have worked to achieve will still be available to them, allowing for cross-progression and true seamless gameplay no matter where they play.

Power Rangers: Battle for the Grid is now available on the Nintendo eShop for Nintendo Switch worldwide.