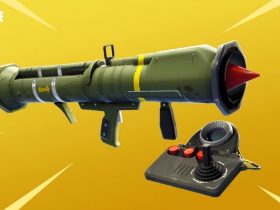 With the current pandemic being a strong focal point of our daily lives, talks of hidden ulterior motives and conspiracy theories fester now more than ever. Is it a man-made virus? Is it a lucrative pharmaceutical ploy to jab us with a tracking serum? Does it have something to do with 5G? Who knows? I sure don’t. However, looking at the scope of things, social media certainly seems to have all the answers covered…

If you were to really think about it, all someone has to do is follow our digital fingerprints to keep tabs on our daily lives. Contactless payments, social media accounts, browsing history, GPS locations built into our phones, not to mention giant companies listening in on personal conversations through one of those handy plastic household assistants. You know the type, that clever device sat on the windowsill with the sexy voice waiting patiently for you to ask: “How do I cook a scrambled egg as good as Gordon Ramsey?”

It’s not particularly difficult to find out who we are, what we’re up to and where we come from now these days, is it? But what if the powers that be were to gather all that information and use it as a primary way and means to serve justice and pass judgement? Furthermore, what would happen if you didn’t completely comply with the obligations if it were to become law?

Interactive comic book adventure Liberated touches on this very subject. It’s set in a dystopian future where the lack of participation or strong opinions on social media will have you flagged up on the system as a suspicious individual. This is a place where those who do follow the rules and make the preferred choices will be rewarded with travel benefits or other small perks for playing the role of a model citizen.

Following the tragic events of a High School bombing, Liberated has the reader hopping both sides of the fence between potential power-corrupt law enforcement and a team of political extremists heavily influenced by V for Vendetta Guy Fawkes mask-wearing hacktivist group, Anonymous. The twist, however, is that you don’t simply just read through the story, you also get to play it.

It’s not quite in Telltale Games’ decision-making way of interaction and outcome you might be expecting, although there are a few small dialogue options that pop up from time to time for the player to choose between. Instead, you play as one of several roles in a bunch of generic gameplay segments that combine a mixture of simple logic-based puzzles, quick-time events, mindless shooting and light LIMBO-style puzzle-platforming.

While the concept of bringing comic book panels to life in a video game action-oriented format seems like a great idea, the result becomes an unwanted distraction to what is otherwise a decent read. The 2D art style and dialogue penned across these bold panels is very well crafted, as is the sound to accompany the motion comic strip segments. Yet, as soon as the player is in control, the atmosphere is dulled out somewhat by the low poly 3D models hidden behind an over-saturated black and white filter.

The in-game visuals aren’t exactly a deal-breaker considering that there is a decent use of camera work and lighting effects to emphasise the look of the comic strip style. However, it’s much harder to ignore the incredibly bland gameplay elements that involve an over-reliance on video game logic that just clearly doesn’t fit well within the narrative.  For example, there’s a moment in the story where the player takes control of a hard-ass detective in charge of a SWAT team infiltrating an old warehouse. The detective – who appears old enough to cash in a pension – is then used to jump over two-meter gaps, climb up electric cables, swim great depths and push crates into place in order to reach high levers and switches. What starts off as a moody thought-provoking tech-noir soon turns into an unintentional comedy that really takes the shine off the polished presentation of the story itself.

Regardless of who I was allocated to play as to fit each plot point, the outcome would often be the same humdrum repetitive structure time and time again. Killing dozens of brain-dead enemies by basically having the Right Stick tilted towards headshot height is about as satisfying as drinking salt water. There’s also a half-hearted attempt to try and encourage a stealth approach which is rarely ever necessary to get the job done, and the code-cracking segments look to more insult the player’s intelligence rather than emphasise the experience of being a tech-savvy freedom fighter.

Thankfully, the gameplay doesn’t outstay its welcome too often which allows some breathing space for when Liberated is at its strongest, by simply being a graphic novel. It is only a short adventure, with four volumes that are each presented with fantastic cover artwork matched with gorgeous black and white digital inking sewn throughout. The text, on the other hand, isn’t exactly vector sharp. In fact, it’s worth having the large speech bubble option switched on with the brightness turned down, especially in Handheld Mode if you don’t want to risk getting a booming headache.

Regardless of its issues, Liberated shows potential in combining one of the oldest methods in storytelling with the new. Having the gameplay segments fit within the panel of a comic strip is a nice touch, even if the gameplay is average at best. The script is certainly a relevant subject in spite of how many times the idea has been recycled. It’s just unfortunate that, in this case, simply reading the source material would have been a better experience compared to playing it.