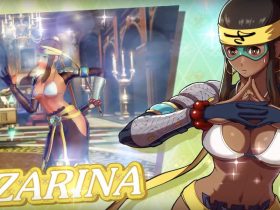 LEVEL-5 has confirmed that Yo-kai Watch 4 is being localized for a western release, news that was shared at their LEVEL-5 Presents: Inazuma Eleven Ares and More! panel at Anime Expo 2019.

These Yo-kai Arks were first introduced in the Yo-kai Watch Shadowside series and represent the feelings that connect Yo-kai and humans together – a reward for those that help Yo-kai when they need assistance.