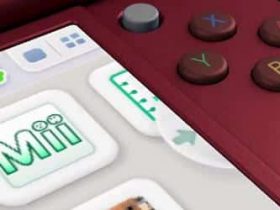 With rumours of its existence having emerged over the weekend, Warner Bros. Interactive Entertainment have confirmed that LEGO The Hobbit will release in spring 2014.

Taking inspiration from Peter Jackson’s trilogy, the game will be based upon the first two films – The Hobbit: An Unexpected Journey and the upcoming The Hobbit: Desolation of Smaug – which follows the adventures of Bilbo Baggins, Gandalf the Grey, Thorin Oakenshield, and their Dwarven company as they travel across Middle-earth to Erebor.

Players can expect to visit key locations whilst characters will have their own special ability, with Bombur able to be used as a trampoline so that companions can “belly-bounce” out of danger.

“We are thrilled to depict the characters and environments of Peter Jackson’s Middle-earth in LEGO form with the LEGO The Hobbit videogame,” comments TT Games managing director Tom Stone. “Our family-friendly take on these thrilling adventures will have kids and parents playing and laughing together as they build and explore in LEGO Middle-earth.”

LEGO The Hobbit will release in spring 2014 for Wii U and Nintendo 3DS.