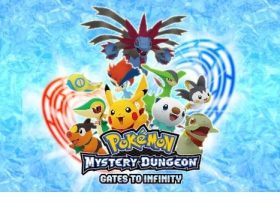 Birthed with Skylanders and later joined by Disney Infinity and amiibo, LEGO Dimensions is the latest effort to build on the toys-to-life category’s success.

Warner Bros. Interactive Entertainment and TT Games have been hard at work crafting their own take on the genre, which, for the first time in any LEGO game, will see characters from different franchises collide within worlds outside of their own.

That will launch in September, the LEGO Dimensions Starter Pack containing everything that you need to get started – the LEGO Toy Pad, bricks to build the LEGO Gateway, a LEGO Batmobile and three LEGO Minifigures – LEGO Batman from DC Comics, LEGO Gandalf from The Lord of the Rings and Wyldstyle from The LEGO Movie.

Players can then expand their experience with additional Level Packs, Team Packs and Fun Packs that provide new buildable characters, vehicles, tools and gadgets, as well as new mission-based levels and in-game abilities without any limitations.

“When kids play with LEGO bricks, they build beyond the singular brands, intermixing all of their favourite characters and universes, and we have come up with a way for players to experience that in games,” said Jon Burton, Founder and Creative Director, TT Games. “Now for the first time in a videogame, LEGO fans can play in the virtual world and in the real world – combining everything without restrictions. Imagine putting LEGO Gollum from The Lord of the Rings behind the wheel of the LEGO Delorean in New Ninjago City – the creative play is endless.”