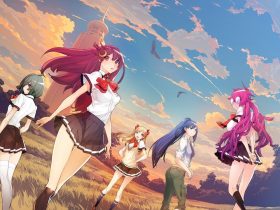 NIS America has confirmed that a free Langrisser I and II demo will release on the Nintendo eShop for Nintendo Switch this week.

The demo, which will be made available on Thursday 20th February 2020, will let you experience both the Classic and Remastered art styles.

It will cover Chapters 1-3 of Langrisser I and Chapters 4-6 of Langrisser II, and creating demo save data will reward you with an extra 5,000 gold and 2 CP when you start the main game.

The publisher added that “four sets of classic BGM from previous releases of the two classic Langrisser titles (1993-1998) will be available upon the game’s full release in the Legacy BGM Pack.”

As the forces of darkness seek to extinguish life as we know it, the descendants of light emerge to vanquish chaos with the legendary sword, Langrisser.

There will also be a Langrisser I and II Limited Edition ($79.99) which comes with a physical copy of the game, visual book, two-disc original soundtrack, three-disc Songs of War soundtrack, collector’s box, and collectible art cards.

Langrisser I and II will release for Nintendo Switch in North America on March 10th, across Europe on March 13th, and in Australia and New Zealand on March 20th.