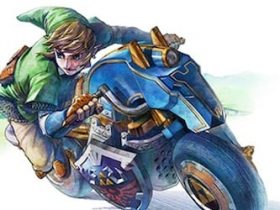 The art style, the companion, the puzzles and even the hat. There’s no denying that there are some striking similarities between Konami’s Nintendo 3DS bound puzzle-adventure Doctor Lautrec and the Forgotten Knights, and Level-5’s incredibly popular Professor Layton series.

Having been granted the opportunity to interview Noriaki Okamura, producer for Doctor Lautrec’s debut outing, Planet3DS.de queried as to whether Layton had been an inspiration to the development team.

But, what about the hat?! “As for the hat, I just thought it would be awkward for a gentleman of the 19th century to be not wearing one.” Ah, at least the fact that he continually strives to be a true gentleman is unique to Doctor Lautrec’s universe then…wait, what?