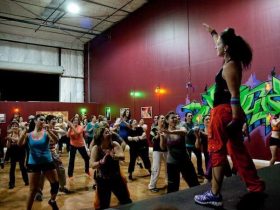 Nintendo has reportedly approached Kojima Productions in discussing the possibility of the studio working on a title for Wii U.

Yoshikazu Matsuhana, Creative Producer at Kojima Productions, who is currently responsible for both the Metal Gear Solid HD Collection and Metal Gear Solid 3D: Snake Eater, explained that they had been shown the console far in advance of Nintendo’s E3 Media Presentation reveal, and are continuing to discuss how best to support it.

“Obviously we did have talks with Nintendo early on – they approached us with the Wii U,” he explained. “We can’t say exactly when this happened or what kind of talks we’ve had but we were aware of the hardware and we’ve been looking at it.”

He continued, “We are very much thinking about possibilities with the Wii U and it looks like a very fun system. As for whether we’ll have something at launch for the Wii – we can’t say that. Probably not, but we definitely have things in mind.”

“We’re also looking at the public reaction. If there are enough people who say they want us to bring something to the Wii U that also factors into things.”

Metal Gear Solid 5 or even the delayed Metal Gear Solid: Rising could be possibilities, yet Matsuhana refused to provide any more information having been pushed.

“We anticipated we would get questions about this today and unfortunately our answer is, we can’t answer that. We can’t say anything right now. Top secret,” he responded.