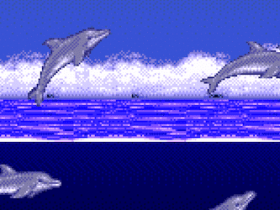 You may remember, and have since enjoyed viewing, the Kirby TV Channel which was released for Wii back in June. Well it now appears that Nintendo are beginning to release episodes to stream on your Nintendo 3DS.

The first episode of TV series Kirby: Right Back At Ya! is currently available to view, however it is unclear as to whether this 20-minute long show has been placed within the Nintendo eShop to promote downloading the channel on Wii.

The series itself is produced by Warpstar Inc, a company formed as a joint investment between Nintendo and HAL Laboratory, and takes place in Cappy Town, tracking the adventures of Kirby who finds himself continually defeating threats to the village from rival King Dedede.