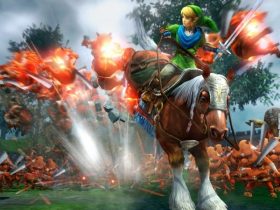 Nintendo have pegged their release for February 13th, with Dedede’s Drum Dash Deluxe being a rhythm game starring the self-proclaimed king of Dream Land as he bounces along drums and smashes cymbals to score points. Whereas Kirby Fighters Deluxe is similar in style to Super Smash Bros., allowing up to four players to take on one another using customised characters sporting many of the game’s Copy Abilities.

Kirby Fighters Deluxe and Dedede’s Drum Dash Deluxe will release exclusively for Nintendo 3DS through the Nintendo eShop in Europe on February 13th.