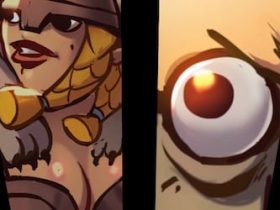 Killer Freaks from Outer Space was one of a range of Ubisoft titles confirmed for the Wii U back at E3 Expo 2011.

Whilst Ubisoft’s developer roundtable presented an early build of the game in action, it was a CGI trailer that proved to reveal their ambition for the title.

It turns out that this was outsourced to Unit Image, a French studio that works on 3D Animation Films and Visual FX, and a ‘Making of’ feature for the Killer Freaks from Outer Space trailer has recently started doing the rounds.

It provides an insight into the work that went into the trailer itself, and you can catch it below:

KILLER FREAKS FROM OUTER SPACE from UNIT IMAGE on Vimeo.