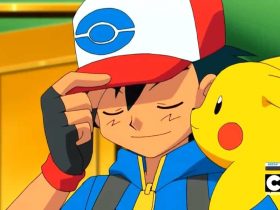 The Get Down’s Justice Smith and Kathryn Newton, who has appeared in Big Little Lies, have scored the leading roles in the live-action Detective Pikachu movie, which is in pre-production at Legendary.

Hollywood Reporter reports that the project has just finished an “intense session” that saw actresses read the part to determine who would star opposite Justice Smith in movie.

That saw Newton be selected for the role, who was up against Stranger Things star Natalia Dyer, Haley Lu Richardson (who has appeared in M. Night Shyamalan’s Split), and 13 Reasons Why’s Katherine Langford.

She will play Lucy, who is a sassy journalist who goes on an adventure with the boy and Detective Pikachu – a role that will be created with motion-capture for the movie.

Production on Detective Pikachu will start in mid-January in London, with Alex Hirsch and Nicole Perlman working on the latest draft of the script.

As we knew before, Universal will handle the movie’s distribution outside of Japan, with Toho looking after everything in Japan.