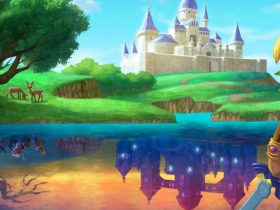 Ubisoft have confirmed a release date for Just Dance 4.

The popular dance sensation will arrive for Wii across Europe on October 2nd, with a North American launch following on October 9th. This will later be accompanied by a Wii U version that will release during the console’s launch window.

Just Dance 4 boast a track list of over 40 songs, which include “Disturbia” by Rihanna, “Moves Like Jagger” by Maroon 5 featuring Christina Aguilera, “Never Gonna Give You Up” by Rick Astley, and “Wild Wild West” by Will Smith.