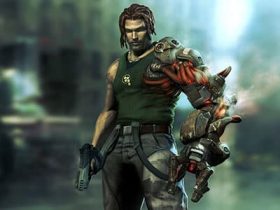 This footage sees protagonist Crisbell set out from St. Clarity to solve a mysterious disappearance. That sees her question neighbouring townsfolk and use her incredible power to visit the past to discover a lead that guides her to exciting battles and, ultimately, a grim realisation.

Cris Tales is described as an “indie love letter to classic JRPGs” that will challenge players to guide the time mage Crisbell on her quest through past and future visions of her world to end the merciless Empress’ rule and prevent a cataclysm.

That quest will take you through five varied regions, where you will see such sights as the pristine towers of the kingdom of Crystallis or the grimy slums of Saint Clarity.

With the ability to peer into the past, act in the present, and watch as your choices dynamically change the future, your actions will have a profound impact – leading you to a branching ending.

The turn-based battles will require a calculated strategy, where, using the time magic mechanic, you can change the timelines of your enemies – opening windows to coordinate team strikes, defense possibilities, and warping timetables.

Cris Tales will release on the Nintendo eShop for Nintendo Switch worldwide in 2020.