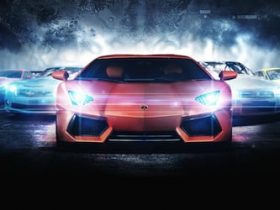 Ubisoft reveal why The Crew isn’t releasing on Wii U

Eiji Maeda, Senior Analyst for SMBC, has discussed his predictions ahead of this year’s Electonic Entertainment Expo (E3) in the latest issue of Japanese magazine Famitsu, in which he reveals his thoughts on Project Café and the need for Nintendo to regain pace behind the 3DS, as well as his pessimism regarding Sony’s NGP.

“Nintendo is definitely the company attracting the most attention at E3 this year, their Wii successor in particular,” Maeda began. “The Wii was a success because of the make-people-smile aspect of it that is such a key part of Nintendo’s goals, so it’s likely the new system will follow similar lines. Networking and online communication has become a vital part of any home system, and I think they will offer some kind of new service related to that. The Wii presented a comparatively large number of hurdles to getting online, and I think Nintendo will try to up the percentage of connected consoles with the new system.”

In regards to the recently released Nintendo 3DS, Maeda emphasised that Nintendo needed to build more pace behind the handheld system – something that it’s lost since launch: “Nintendo aims to sell 16 million 3DS systems in 2011, and they’re going to need to introduce titles that can bring them toward that goal. Some of the titles they’ve announced, like Mario, Mario Kart and Animal Crossing, will pretty much have to come out within this year, and the 3DS’s E3 presence will likely revolve around those titles. It’ll be a platform for Nintendo to re-emphasize the 3DS’s abilities.”

In regards to Sony, despite recent network troubles that the company has faced, Maeda predicts that PlayStation Network will still remain to be a core focus of the company’s presence at E3 – more so because the analyst is unable to see the business model of their previously unveiled NGP handheld.

“If Sony really intends to get the NGP out within 2011, they’ll probably have five to ten playable titles on the floor,” Maeda said. “I’m also having trouble seeing what the NGP’s business model is at the moment, and what sort of model they can present to third parties along those lines is going to be key. For the PS3, it’s all about their network strategy. SCE’s been trying to link games with real-life society since the PS3 was first released, but only now is that starting to become reality. I’m looking forward to seeing what kind of service they’ll provide that’ll captivate users for the next year or two.”

Meanwhile, Microsoft will place Kinect as their central focus: “The Kinect has been a success in the US and Europe, and I think that topic will be the main focus of their presence,” Maeda explained. “There hasn’t been any really revolutionary software released for it since launch, however, so one of the important themes of this show is how much they can appeal to users with the Kinect’s uniqueness.”

Maeda even made a wild guess in stating that Microsoft may reveal information about their new console, in an effort to stall Nintendo’s announcement regarding their Wii successor.

“Some rumors are talking about a next-generation console announcement,” he noted. “Microsoft deliberately tried to beat their competition to the punch with the Xbox 360, so they may perhaps feel that something needs to be announced alongside Nintendo this time. It seems difficult to imagine they’ll move that quickly considering the success of the Kinect, but as a potential E3 surprise, it’s not an impossible concept.”