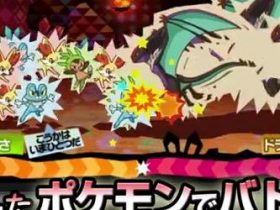 The Band of Thieves & 1000 Pokémon gameplay trailer charges in

However, an official Wii U price remains to be confirmed by Nintendo.