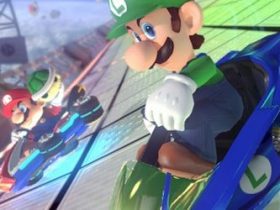 Nintendo president Satoru Iwata has assured investors that the company remains committed to their role as a hardware manufacturer, despite calls from various analysts and media for them to consider becoming a third-party publisher.

He confirmed that they were “moving ahead” with research and development efforts for future hardware, although was keen to reiterate the successes the company experienced with Wii and Nintendo DS in light of the woes currently surrounding the Wii U.

“Since the revision to our full-year financial forecast, there have been various reports and comments about us,” Iwata stated during the company’s Corporate Management Policy Briefing. “However, we do not hold a pessimistic view of the future of dedicated video game platforms.”

He continued, “We therefore believe that dedicated video game platforms which integrate hardware and software will remain our core business. Naturally, we are moving ahead with research and development efforts for future hardware as we have done before and we are not planning to give up our own hardware systems and shift our axis toward other platforms.

“On the other hand, the popularisation of the Internet and smart devices shows that people’s lifestyles are changing dramatically. Just as video games once needed a TV screen and then later handheld devices with built-in screens emerged with the shift in people’s lifestyles, we must once again change our definition of video games to keep up with the times.”